The objective of the triennial international DYMAT conferences is to create a forum where people involved in scientific research as well as industrial applications related to the dynamic behaviour of materials can meet and discuss results and ideas by means of a series of presentations (oral and poster) and a small-scale technical exhibition. Delegates from all nations, European as well as non-European, are invited to attend the conferences and to make contributions.

DYMAT 2009 is the first DYMAT conference where the DYMAT John Rinehart Award is attributed to experienced persons in order to recognize their outstanding efforts and creative work in the science and technology of dynamic processes in materials, and related applications. The 2009 conference is divided into five main topics: experimental techniques, industrial applications (with a special session on bio-mechanics), micro-structural effects, constitutive modeling, and numerical simulations. The conference proceedings are composed of two volumes. They contain all papers from all oral and poster presentations presented at the conference. 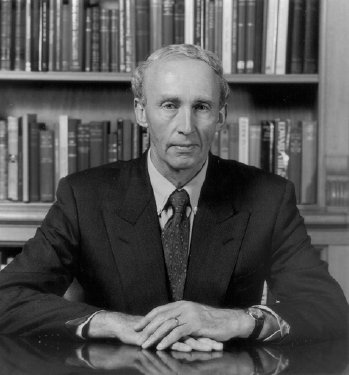 John Field was born in September 1936. From 1955 to 1958 he attended University College, London obtaining a First Class Honours degree in Physics. In 1962 he graduated PhD in Physics at Cambridge under the supervision of the late Professor Philip Bowden. The title of his thesis was "High speed liquid impact and the deformation and fracture of brittle solids". In 1962 he was elected an Owens Illinois Research Fellow. In 1964 he joined Magdalene College, Cambridge as a Research Fellow and College Lecturer in Physics. This was followed in 1966 by his appointment as University Demonstrator in Physics at the Cavendish Laboratory (Department of Physics), Cambridge. He rose in seniority in the department becoming a Lecturer in 1971, a Reader in 1990, and Professor (of Applied Physics) in 1994. He was a Deputy Head of the Department of Physics 1995-2003. He was awarded the Duddell Medal and Prize in 1990 by the Institute of Physics, the citation being for "Advances in Instrumentation". He retired from his professorship in 2003, taking the title Emeritus Professor of Applied Physics. Two universities have bestowed honorary doctorates on him: Luleå (Sweden) in 1989 and Cranfield (UK) in 2003. The Royal Society of London elected him a Fellow in 1994 and the Royal Society of South Africa elected him an Honorary Fellow in 2002. He is a Visiting Professor at the University of Luleå, Sweden, the Ecole Polytechnique Federale Lausanne, Switzerland, and the National University of Singapore. 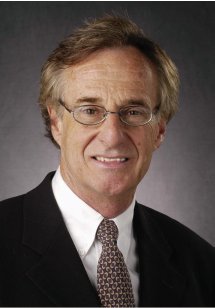 Marc André Meyers was raised in João Monlevade, Brazil, and Luxembourg. Both his father and grandfather were engineers (Aachen and Louvain, respectively). He is a graduate of the Federal University of Minas Gerais (mechanical engineering) and the University of Denver (MS and PhD). He has carried out research since 1972 on dynamic behavior of materials in the three principal areas: dynamic processing, dynamic failure, dynamic and shock response of materials.

Through a 35-year effort, he has attempted to unify the field of dynamic behavior of materials and significantly enhanced its visibility in the materials community. He started his professional career at the Military Institute of Engineering (Brazil) where he helped to establish one of the first laboratories for shock and explosive effects in Latin America; he worked at the South Dakota School of Mines and Technology; and at the New Mexico Institute of Mining and Technology, where he was the co-founder of the Center for Explosives Technology Research (Associate Director, 1983-1988), and was the co-founder (with L.E. Murr) and co-chair of the EXPLOMET conference series (1980, 1985, 1990, 1995, 2000). He served as Advisor to the Director (Dr. G. Mayer), Materials Science Division, US Army Research Office (1985-1987). In that capacity, he was actively engaged in stimulating and directing research in the dynamic behavior of materials. He is currently professor of Materials Science, University of California, San Diego, where he was Associate Director and Director of the NSF Institute for Mechanics and Materials (1992-1997). At the University of California, he has collaborated extensively with Lawrence Livermore National Laboratory scientists on laser, explosive, and gas gun shock effects.

A Fellow of ASM International, he is the recipient of the Humboldt Senior Scientist Award, the Structural Materials Division (TMS) Distinguished Scientist/Engineer and Distinguished Service awards, and the Lee Hsun Lecture Award from the Institute for Metal Research, China. He and his students and coworkers are the authors of approximately 320 research papers and three books (two of them translated into Chinese); and co-editors of seven books.

The way to cite a paper published in the DYMAT 2009 proceedings is the following:

author(s), title, in DYMAT 2009 - 9th International Conferences on the Mechanical and Physical Behaviour of Materials under Dynamic Loading, vol. , 2009, pp. , [DOI of the article], published by EDP Sciences (www.dymat-proceedings.org).

For all enquiries about DYMAT 2009 proceedings, as well as for the purchase of the book of the proceedings, please contact directly This email address is being protected from spambots. You need JavaScript enabled to view it. .